Move over, Tower Bridge: the capital has a new favourite draw-bridge, and it’s achingly cool.

The footbridge over the Grand Union Canal at Paddington Basin is composed of five steel beams which, when the bridge is raised, rise up in sequence like a fan. The result is stunning. The bridge was designed by Knight Architects and stands in the new Merchant Square development, not far from the rolling Heatherwick bridge, which when raised curls itself up like a snake. The two bridges can be seen in action every Friday at noon. 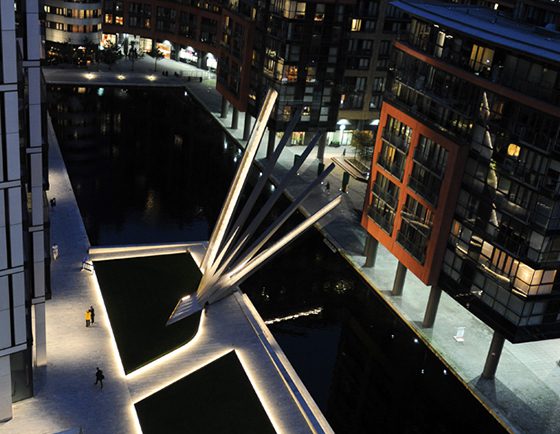