Record temperatures brought in record numbers this year to Paddington Covers in Norfolk Square Gardens. With everyone looking for some outdoor fun, the atmosphere has been electric at this lovely little free tribute bands festival under the trees in Paddington.

In June, the crowds were putty in Dolly Parton’s hands, her amazing voice, sense of humour and bubbly personality were perfectly transported to Paddington by tribute artist The Dolly Show. She was followed by rock gods, the Eagles (the alter eagles) and pop sensations, the Spice Girls (Pink Tributes). The day ended with the crowds screaming for more from the legends that are, Wrong Jovi, sorry I mean Bon Jovi.

In July, blazing hot temperatures nor torrential rain could stop festival goers from having fun even if we had to cut the day short.  Loads of loyal fans returned once again, with many familiar faces giving the day that unique ‘one big family’ feeling. The performances from Take on Take That, Kylie Minogue Tribute, Ultimate Elton John and A Touch of Little Mix were top notch and had the crowds singing along and dancing the day away.

As well as great music, there was food and drink from Speck Mobile, unicorns on stilts, balloon artists and bubble madness to keep the kids entertained. We also had the privilege of hosting a stall for London based, world renowned fashion designer Masato who sold his signature caps and t-shirts to raise money for local homeless charities.

If you didn’t make it to the last two, do not fear, the summer is not over and there is one more Paddington Covers scheduled for August 31. Tributes to Beyonce, Fleetwood Mac, Madonna and the Rolling Stones will take to the stage to entertain crowds. Bring your friends and family, tell your guests and give this summer the epic send-off that it deserves with us at Paddington Covers.

Check out our photo galleries for June and July here. 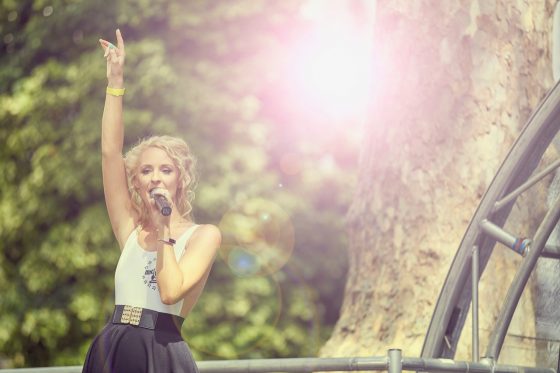 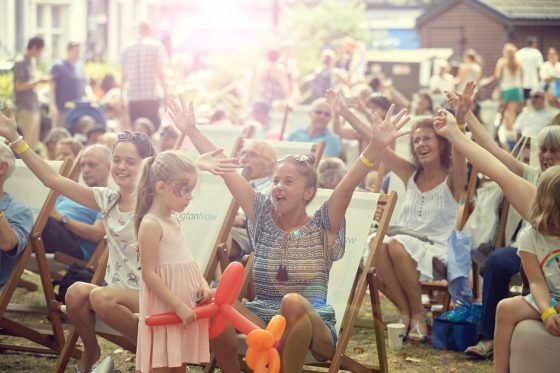 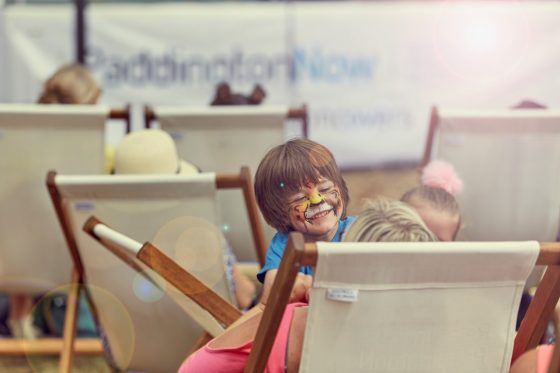 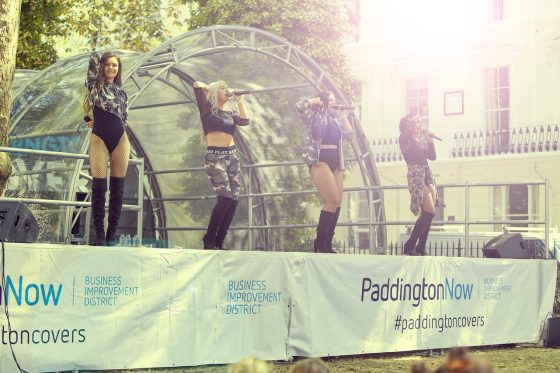