London Underground is advising passengers that Lancaster Gate station is set to close for six months from 4 January to mid July 2017, while essential work takes place to replace the lifts.

The station is served by two 50-person lifts, which are almost 30 years old and require replacement. The new lifts will also use less energy and include CCTV and hearing induction loops.

Lancaster Gate station will be closed while the lifts are replaced and will reopen in mid-July 2017. LU explored the option of replacing the lifts one at a time in order to keep the station open. The evacuation staircase cannot be used as the sole means of access to and from the platforms, as there are over 100 steps between platforms and street level, the equivalent to a four storey building.  Having only one lift in operation would lead to long queues and severe congestion. However, this would prove unsafe as there  would also be no alternative available in the case of lift failure, prolonging the time it would take for emergency services to rescue customers or tend to someone requiring medical attention.

LU advises passengers to use nearby stations Queensway (12 minutes) or Marble Arch (13 minutes). Buses serving Lancaster Gate include numbers 46, 94, 148, 274 and 390. Paddington station is a seven minute walk and is served by the Bakerloo, Circle, District and Hammersmith & City Lines.

Download the full press release from Transport for London here.

There is a meeting being held at the Lancaster London Hotel on Tuesday 20 December 2016 at 1830hrs in the Nine Kings Suite (entrance on Westbourne Street). 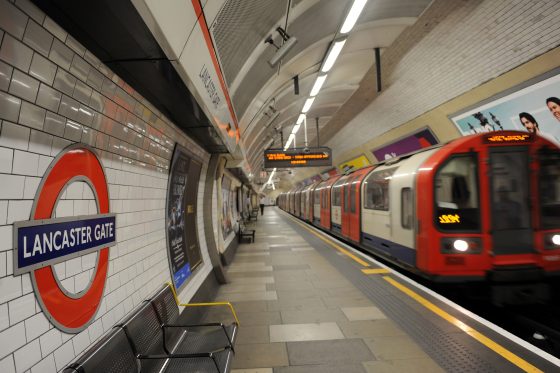