Fans of Paddington Bear can now follow the Paddington trail, which features 50 decorated statues designed by the likes of Jonathan Ross and Lulu Guinness. Each bear is adopted by a sponsor for the period of the Trail, and then auctioned in aid of the NSPCC.

The London wide trail launched on 3 November to mark the release of The Paddington movie in UK cinemas, on 28 November 2014. The initiative has been organised by VisitLondon.com, Studio Canal and NSPCC.

The PaddingtonNow bear, Paddingtonscape, features landmarks and street scenes in Paddington, including famous bridges, swans on the canal, shops, cafes and gardens. Paddingtonscape is designed by illustrator Hannah Warren and sponsored by the BID. The bear will be looking after Norfolk Square Gardens for us until 30 December.

The Paddington Mini Trail includes the first eight bears on the Paddington Trail and takes approximately 45 minutes, perfect for a lunchtime walk. Tweet your Paddington bear selfies @inpaddington, and use #PaddingtonTrail to be entered into Visit London’s competition. 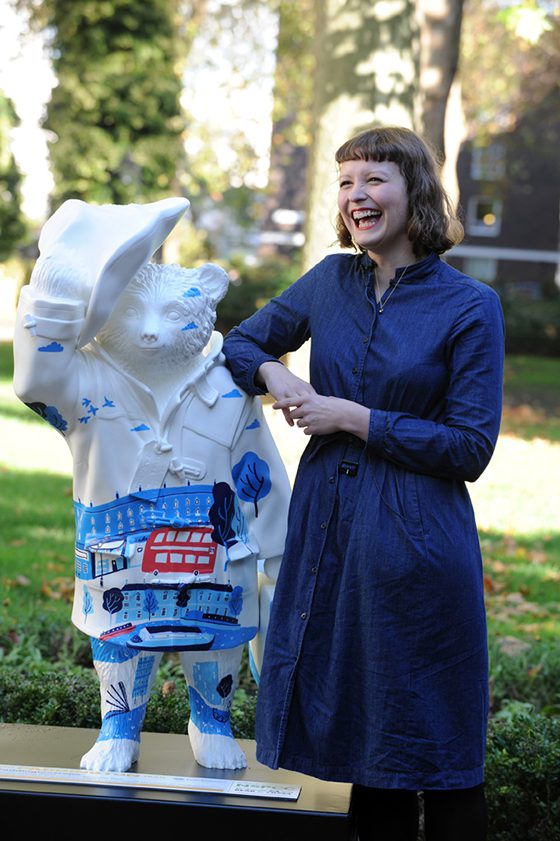