Excitement is mounting as the world eagerly awaits the imminent birth of the next royal baby, and nowhere in London will the atmosphere be as charged as in Paddington as the host location for the future prince or princess’ welcome at St Mary’s Hospital.

PaddingtonNow will be handing out media survival packs to loyal campers with water, umbrellas, treats and party hats to celebrate the baby’s arrival.

A town crier in regal attire will march the streets of Paddington calling for workers to come out and toast the birth outside St Mary’s under the pink or blue bunting which will be put up on Praed Street. Local businesses will be marking the occasion in truly British style.

On the day the new baby’s name is announced, businesses big and small across Paddington will be honouring the royal baby’s name as follows:

Guests of Hilton London Paddington will be invited to celebrate by ordering a special cocktail named after the baby royal. The hotel’s head chef will also be baking and icing a cake to celebrate the new arrival. The Hilton have already installed attractive pink and blue lighting to its facade to welcome the royal baby.

Those lucky enough to have the same name as the new Prince/Princess can enjoy a complimentary drink at the Pride of Paddington. Beer or fizz.

Winning Moves is the local company behind popular games Monopoly, Twister and others. To mark the royal birth a fantastic new Top Trumps card set, Game of Crowns, has been created. The game is available at shop.winningmoves.co.uk and in many toy and book stores.

Paddington Bear fans who share the same name as the baby royal can purchase their own 24cm tall bear, with a 20% discount on the usual price of £12.99 at the Paddington Bear shop at London Paddington Station.

Drinkers at the Mad Bishop and Bear in Paddington Station will be able to sample a pint of Fullers beer that for one week will bear the same name as the little royal. Not only that, but on the day of the announcement if you can prove your name is the same as the baby’s, your pint will be on the house!

Excited for the royal baby? If you are staking out St Mary’s, Tune Hotel Paddington are offering 10% off with the code ROYALBABY! Expires end of April.

T&Cs
Proof of name may be required and proof of age if serving alcoholic drinks. The business has the right to refuse service.

Offers will run for 24 hours from when the royal baby name has been announced.

Is your business doing something special to celebrate the arrival of the new royal?  Email events@paddingtonnow.co.uk with details that can be included in our press release and communications. The sooner the better – don’t miss out! 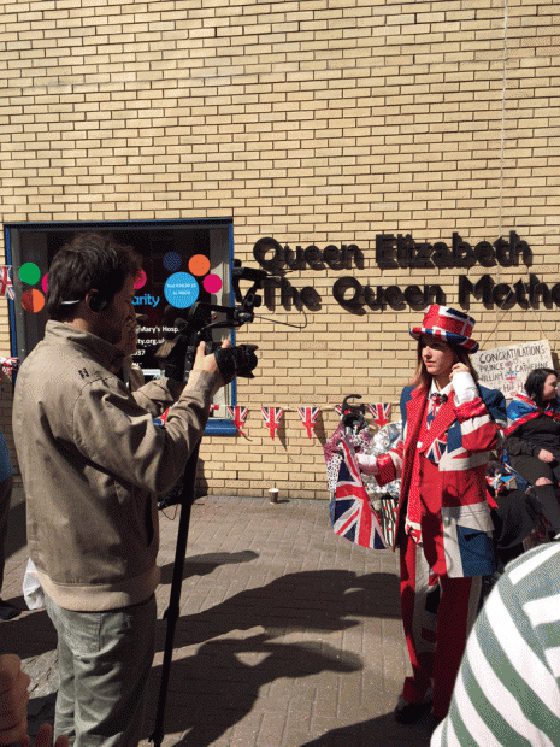