Back by popular demand, Kay Buxton, Chief Executive of The Paddington Partnership, Executive Chair of PaddingtonNow BID and expert in the field gave an overview of the latest development plans and proposals in the area at a Whistlestop Tour of Paddington 2019 Networking event.

On the 13 November, the BID ran an ACT Counter Terrorism Training at the Fountains Abbey Pub. PC Andy Kinsey, Metropolitan Police, delivered a highly educational presentation on how to identify and respond to terrorist activity. Over 40 people attended the training, including a mix of hotels, pubs and local retail businesses. Find out more about the training here.

On the 5 November, the BID held an event at WeWork on Eastbourne Terrace. The NHS Foundation Trust gave an introduction in to Cognitive Behavioral Therapy and how it can help those working and living in Paddington during stressful times. Read more.

On Wednesday 25 October, the BID partnered with the Central and North West London NHS Foundation to put on a Mindfulness workshop aimed at HR managers, employers and employees living and working in Paddington. Read more.

On Friday 20 September, PaddingtonNow BID was awarded Gold and Best in Category at this year’s London in Bloom awards ceremony. They were the only BID in 2019 to be awarded Gold. Read more.

On Tuesday 9 July, Catherine Mitten, Executive Director, The BID Foundation gave an insight in to the latest trends and issues facing UK BID’s in a speech entitled ‘ A State of the Art Review of BID’s’. Read more.

The 2019 AGM was held on Tuesday 9 July at the Hilton London Paddington. Vaughan Smith, BID Chairman since April 2016 handed the baton to another pillar of Paddington society, Will Clayton, Cork and Bottle. Vaughan was elected in as BID Vice Chair. Catherine Hinds replaced Emma Baker from Landsec as a board member. Read more.

On Monday 8 July, Paddington went head to head with other BID’s in London in a race for the coveted Gold and Best in Category Awards. London in Bloom Judge, Richard Gentry, Winner’s will be announced in September. Read more.

On Tuesday 2 April, the BID held a free workshop on Managing Stress at Work at the Shakespeare Hotel in Norfolk Square Gardens. The workshop was held in Partnership with North West London NHS Foundation Trust and focused on using Cognitive Behavioral Therapy to reduce symptoms of stress. Read more.

The Spring/Summer edition of Explore Paddington Magazine was released in early April, with 30,000 copies printed destined for a wider distribution and Heathrow Express trains. Check out the latest edition here.

On Wednesday 20 March, the BID held an awards ceremony to highlight the efforts made by Paddington businesses in the 2018 London and Britain in Bloom competitions. The ceremony took place after keynote speaker Mark Wasilewski inspired attendees with his knowledge on the influence that flowers and greenery can have on business, peoples perceptions, well being and attracting footfall. The coveted Alan Davidson Award for Outstanding Contribution to Paddington in Bloom was awarded to the Pride of Paddington Pub for their amazing floral frontage. Read more.

In February 2019, the BID distributed the 2019-2020 Billing Leaflet. The annual leaflet highlights some of the BID’s achievements in the last year and outlines plans for the financial year ahead. Read more.

In January 2019, the BID in partnership with Considerate announced that 8 Hotels within the BID  area were selected to take part in the Paddington Air Quality Project. Read more. 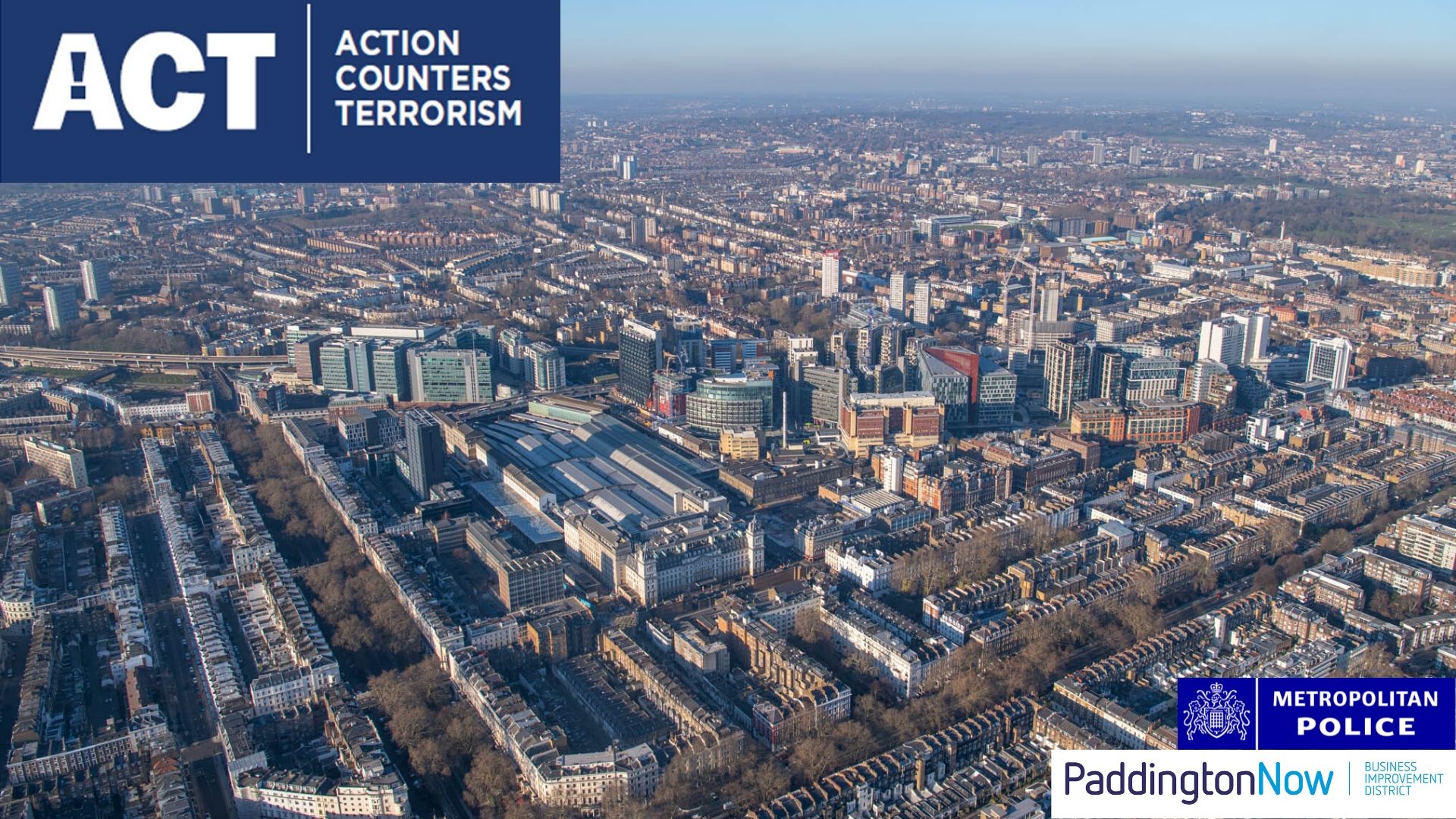 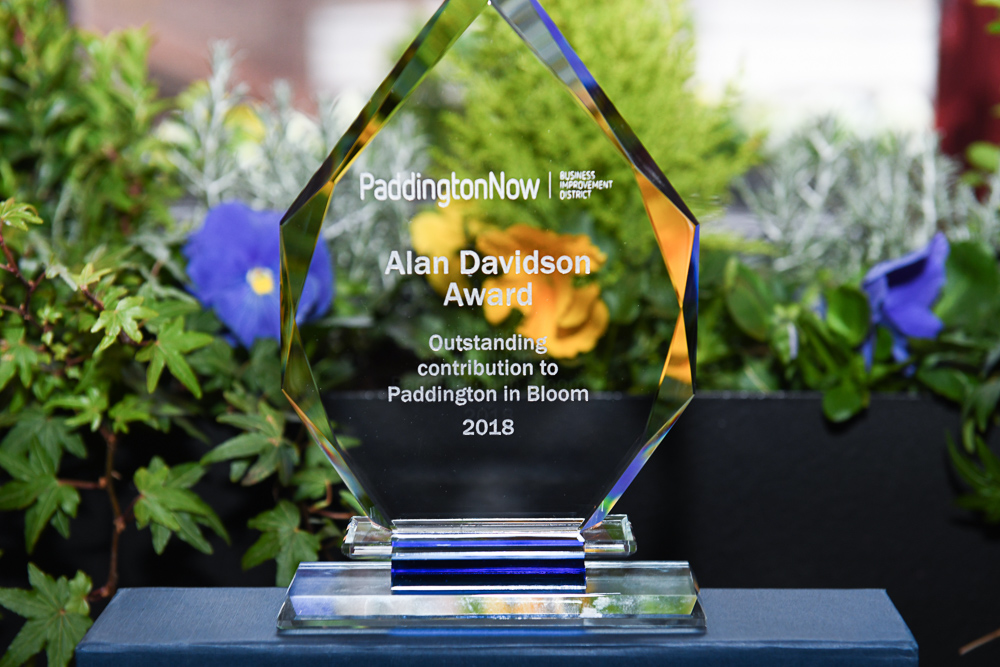 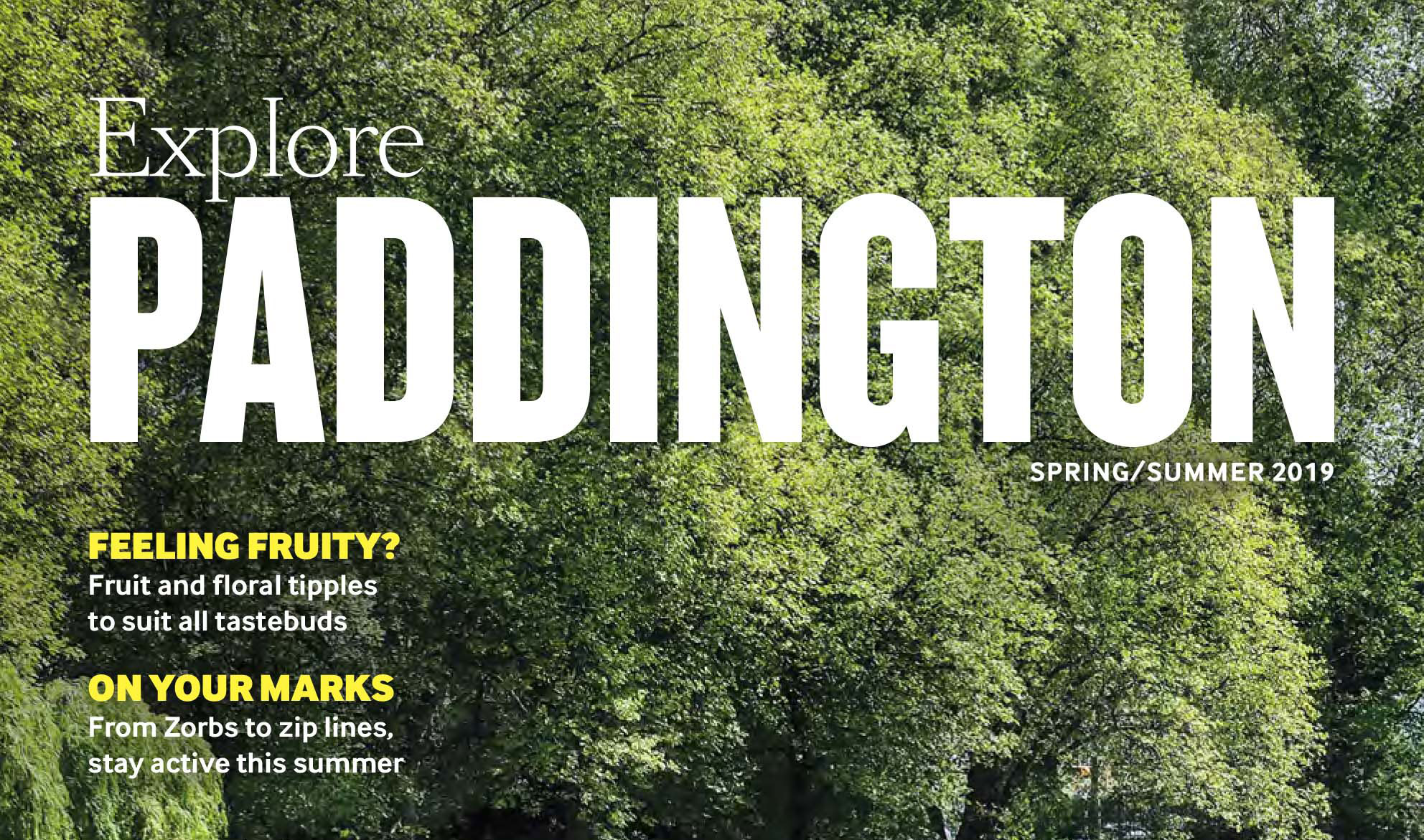 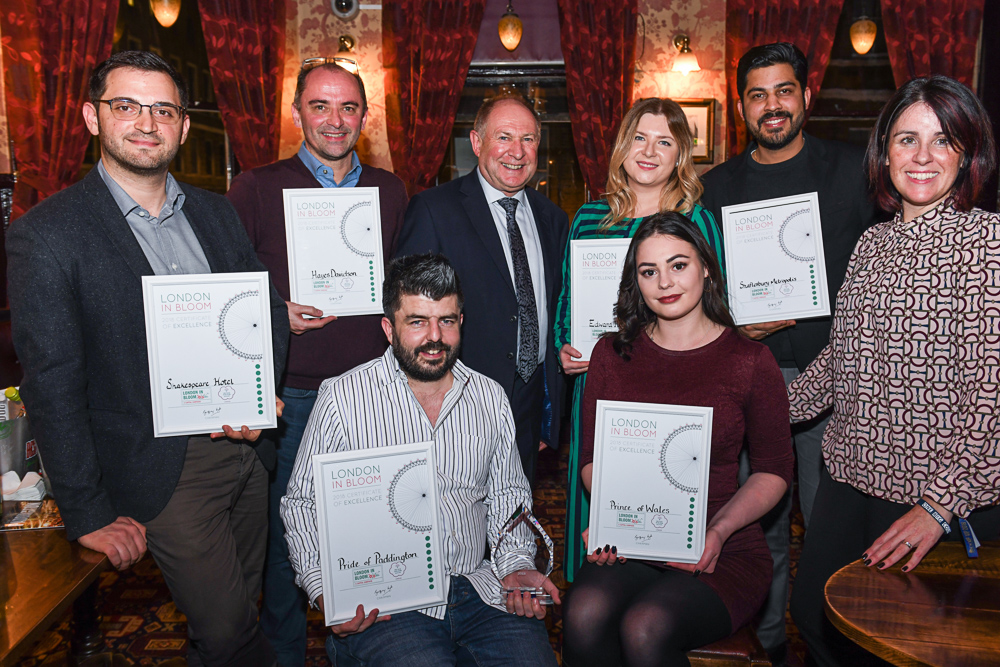 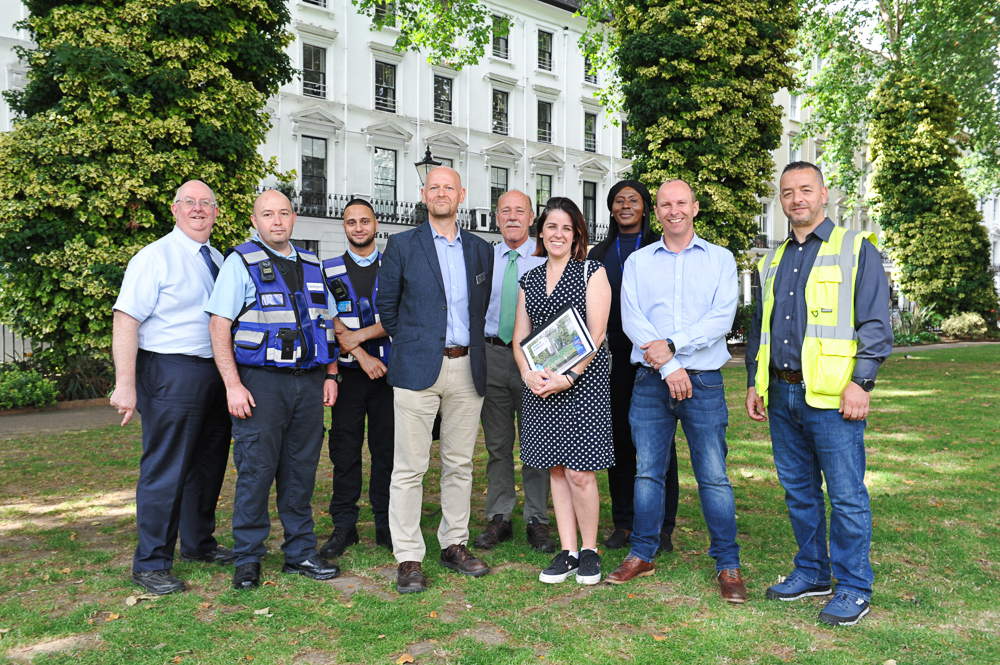 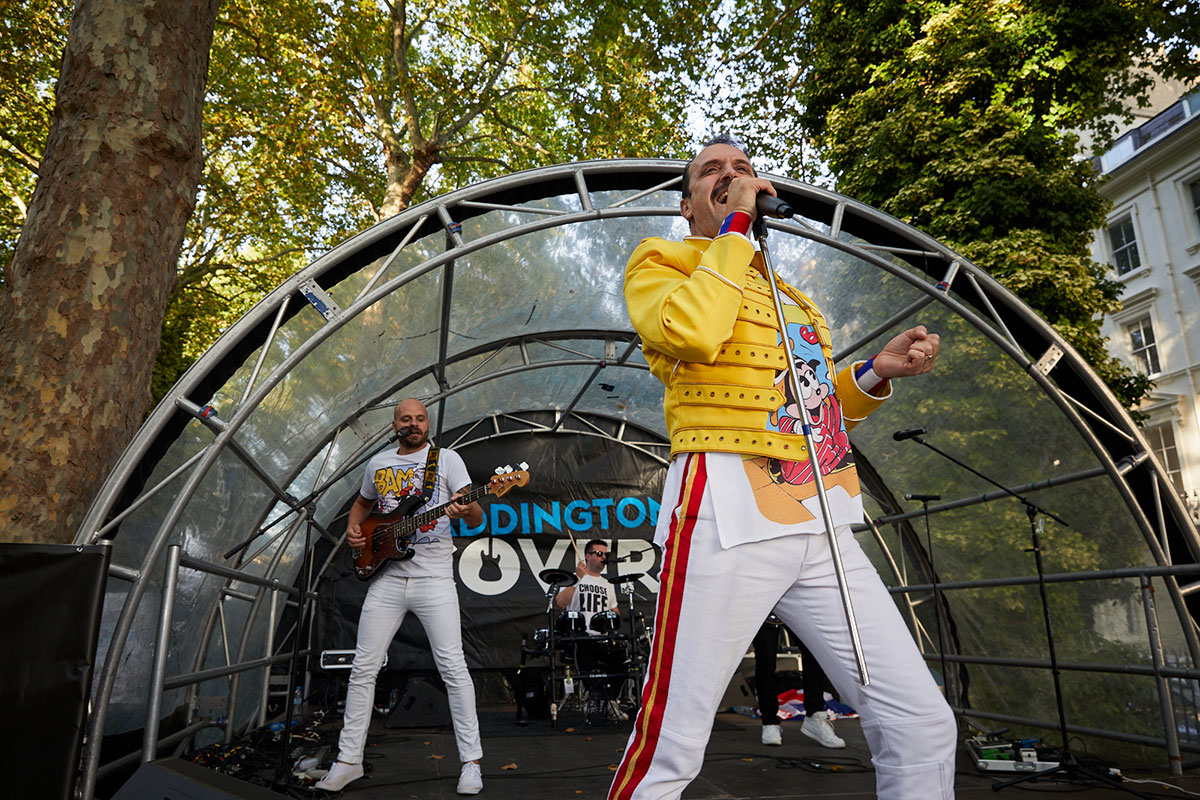